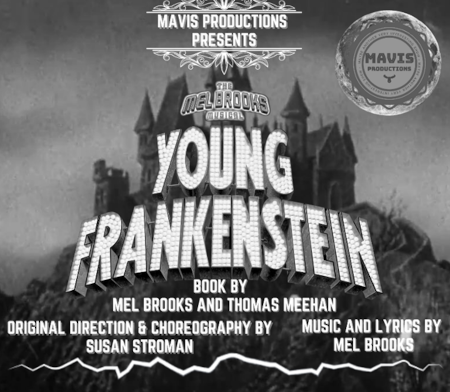 From the creators of the record-breaking Broadway sensation, The Producers, comes this monster musical comedy. The comedy genius, Mel Brooks, adapts his legendarily funny film into a brilliant stage creation – Young Frankenstein!

Brought to you by the loveable scamps that brought London "Evil Dead: The Musical" and "The Rocky Horror Show" so you never know what is going to happen!

Grandson of the infamous Victor Frankenstein, Frederick Frankenstein (pronounced "Fronk-en-steen") inherits his family's estate in Transylvania. With the help of a hunchbacked sidekick, Igor (pronounced "Eye-gore"), and a leggy lab assistant, Inga (pronounced normally), Frederick finds himself in the mad scientist shoes of his ancestors. "It's alive!" he exclaims as he brings to life a creature to rival his grandfather's. Eventually, of course, the monster escapes and hilarity continuously abounds.

Every bit as relevant to audience members who will remember the original as it will be to newcomers, Young Frankenstein has all the of panache of the screen sensation with a little extra theatrical flair added. It will surely be the perfect opportunity for a production company to showcase an array of talents. With such memorable tunes as "The Transylvania Mania," "He Vas My Boyfriend" and "Puttin' on the Ritz," Young Frankenstein is scientifically proven, monstrously good entertainment.

Tickets $35 each inclusive of fees.

There is one 15 minute intermission.

WARNING: This production includes the use of Fog Machines, Flashing lights, and, while a comedy, it does contain jokes of a mature content.
Donate
Palace Theatre, 710 Dundas Street, London, Ontario N5W2Z4, Canada